A quick scan of my detailed response to the so-called critic reveals that poor syntax and word choice are not the worst of his show.

I suspect Roger did not watch the whole thing. Most of his “review” re-writes and re-arranges my words, arbitrarily plucked, out of order, from the first 25 minutes of the 76-minute film. That is, he doesn’t just dislike my work from his sampling of it. He scribbles all over it, like a toddler with a crayon, and with clear intent to discredit my skill and experience – my artistic legitimacy.

Maybe he thinks it’s critique,
but when Roger pulls my words recklessly and wrongly out of context, away from all other interdependent elements (music, imagery, mood, flow, rhythm, etc.)
attributing his naked “re-write” and careless errors to me, for worldwide ridicule,
I call it abuse.

— And there is a difference.

Clearly, this guy has some other agenda driving his deceit, his public destruction of the work itself, and his OTT outrage that even he’s compelled to question – briefly.

For a moment he considers the possibility – “Too harsh?”

In some back region of his brain, a little voice of his own knows it and calls him on it. But facts and evidence seldom give the troll pause. Nothing stops a bully on a mission, out to sully professional reputations and harm others for laughs and “likes”.

Nearly every line, replete with inaccuracy and insult,
Roger goes right for the jugular and then runs to the Hollywood hills.

The guy actually drags Gene Kelly into his mistreatment of my work. In fact, he trots out a whole string of Hollywood dance darlings to hide behind.

** Someone needs to let Roger know that dutifully gushing over celebrities
doesn’t make dishonest rambling any more competent or credible.**

Overreaching assertions that I “know nothing” about dance film direction
not only ignore the facts of my life, this film, the collaborators involved
— and Roger’s own admissions just a few sentences before.

They void his review.

Roger takes us into the realm of overly broad and baseless personal attack,
all but announcing the real reason for his deceitful tripe – to injure me.

No serious, worthy critic would go there, but that uncontrollable urge and aim to damage and defame, overwhelms the helpless hack. With no insight or factual support for such claims, Roger only reveals himself.

Reaching for one insult after another from any direction, it reads vindictive, as if he’s raging on a playground, desperate to settle a personal score with me.

Roger’s commentary, to put it lightly, is thus disordered in every sense of the word.

His poor composition and derision, without basis, accuracy, or logical consistency, wouldn’t pass muster in an elementary English class…and in the one I remember, he’d also be given a time out.

But like most who try to disable brave hearts and free spirits, he gives himself great license and liberty with lives and works that don’t belong to him – and that’s not right, much less professional.

So then, why should we – why do we – empower people who want to batter and bruise the art and soul right out of us?

Moreover, maybe Rotten Tomatoes should retire this one, lest he further undermine its efforts to be the source of competent film critique.

If you have run into a similar problem with online media bullies or other abusive Internet personalities, let me know. We need to confront and reject all phonies – all violation of being and destruction of enterprise at their reckless pleasure.

— It might be a “threat” to you, Roger,
but some of us do thirst for a better world,
less the kind of disturbance that obviously ails and controls you. 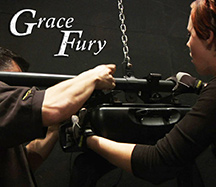 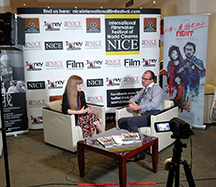 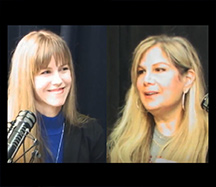 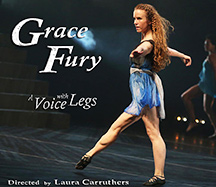